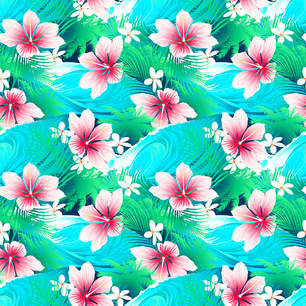 On May 8th 1982, Kevin married Sandy Bircher, who had been his partner for 5 years. Together, they chose the new surname, Christopher, which means “bearer of the white light”. They settled in Seattle, had their son Sky in 1986, and their daughter Marina in 1989. They later moved to Mountlake Terrace, Washington where they raised their family and were together for 35 years. Both Sky and Marina followed Kevin’s musical footsteps and studied music to a high performance level.

Kevin worked at North Seattle Community College as Student Activities and Events Coordinator, in addition to playing with professional music groups. He led his team of students in booking and planning concerts, guest lectures, holiday celebrations, and cultural events. Students were drawn to working with and learning from genuine, hard-working and good-humored Kevin. Exchange students appreciated Kevin making great efforts to include their culture and special holidays. Kevin had an ability to connect with exchange students, even past a language barrier. You can thank Kevin for teaching a good amount of exchange students the very important American tradition of the “I’m a Little Teapot” song and dance.

Kevin’s love of music, sound engineering and technology came together in the home recording studio he built with Gary Evans, his musical partner in their New-Age instrumental duo, “Harmonic Horizon”. He spent many a night transforming his friend’s and family’s musical ideas into finished, high-level productions. Tia Cohen still uses his tracks he created for her in the 80’s and 90’s for her children’s music, “Tia’s Quackertunes”. His sound and lighting wizardry was so impressive that he was hired by several retreat and conference groups to lead the audio/visual team, as well as perform his music.

He continued to perform regularly with “The Groove Directors” and “The Olympic Marimba Band”. Kevin was particularly talented because he could play bass lines in his left hand, while playing piano parts in his right hand. Everyone in the band benefitted from not only having a talented band mate, but also from not having to pay a bass player. This was a similar experience for everyone who worked with Kevin. His music arrangements and compositions were impressive. He was invaluable because of all the skills he brought to the table in every situation.

Kevin shall always be remembered by his family and friends as a loving husband and father, a great musician and entertainer. His family will remember him by his love of Hawaiian shirts, vans, Bruce Hornsby, root beer and Meyer’s dark rum. Kevin often brought his love of music and technology in to school projects and family events, including making music videos with his nieces and nephews. At family get-togethers, he would play piano and get everyone singing and dancing. Kevin loved to go to parades, fairs and festivals. He would go very early to concerts to make sure he got a good spot, and stay very late to see if he could talk with the band.

A favorite pen name for himself was, “Kevin from Heaven”.

A Celebration of Kevin’s Life will be held in Seattle on Saturday, May 19th from 2:30-5:30 pm at “The Officers Club” in Magnusson Park. If you plan to attend, please RSVP with the link below.