Aired live August 29, 2016. Listen to the whole interview at KNKX.org 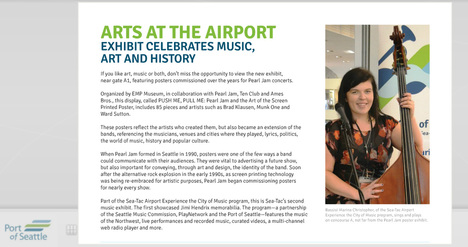 Marina's photo was featured in the Sea-Tac Airport Connections newsletter highlight the City of Music project in the airport. See the whole publication here.

Champagne Honeybee on Band in Seattle

I was so happy when Rani Weatherby asked me to play in her group for the recording of Mo Jam Monday on Band in Seattle. Check out our performance of her song "Garlic Press" from June 29, recorded at Victory Studios.

"You sound like [insert favorite vocalist here]!" -Every one who has ever heard Marina sing ever.