"Self-Love"
the debut single from MARINA AND THE DREAMBOATS 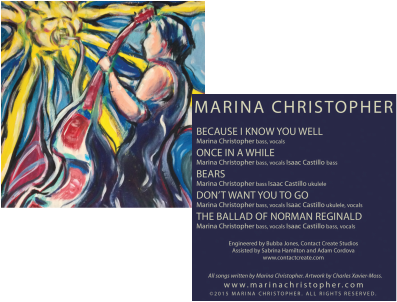 Recorded at ContactCreate Studios. Bubba Jones, engineer.
Available on Bandcamp:
You can scroll through all 5 tracks on this player.

VA recently released their first music video for "Broken Pieces". If you like the song, you can download it for free from the Bandcamp link below.

"[Marina's] song is like Joni Mitchell, Herbie Hancock and Wayne Shorter all in one." -Frank Vitolo, Bad News Botanists